To kick off Season 6 of Game of Thrones, Reddit’s r/52weeksofcooking has called for a medieval style dish to sustain us through the first episode airing tonight. The pizza constructed to fulfill this requirement began with a 16th century sauce recipe designed to go with partridge or hen. The spice-heavy sauce calls for flavors of cinnamon, ginger, pomegranate and white almonds. 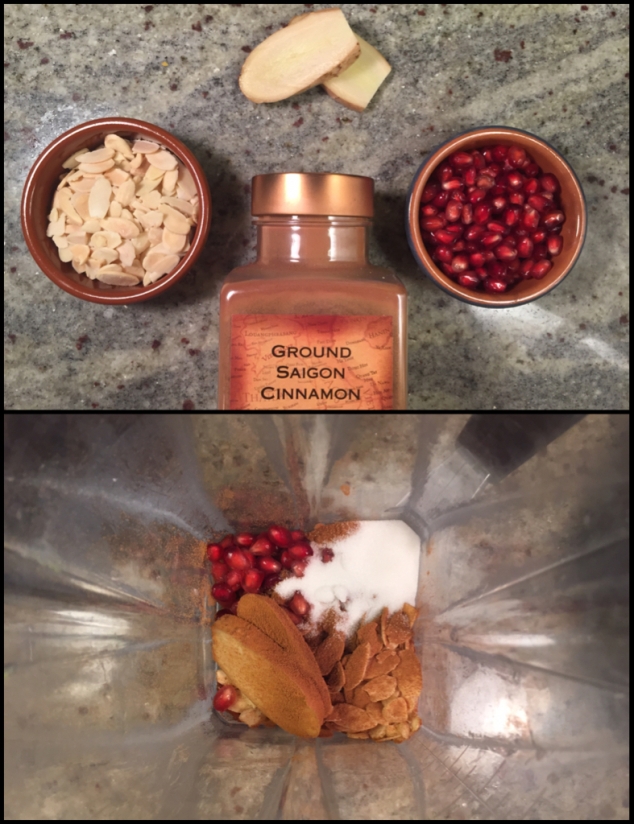 The ingredients are pummeled into a mildly gritty texture to recall the days without blenders.

A cornish hen takes the leading role of this pizza. Before roasting, a savory mixture of spices featuring cumin, allspice, paprika and cinnamon is rubbed over the skin for extra flavor. During the cooking and resting period, the crust is prepared. 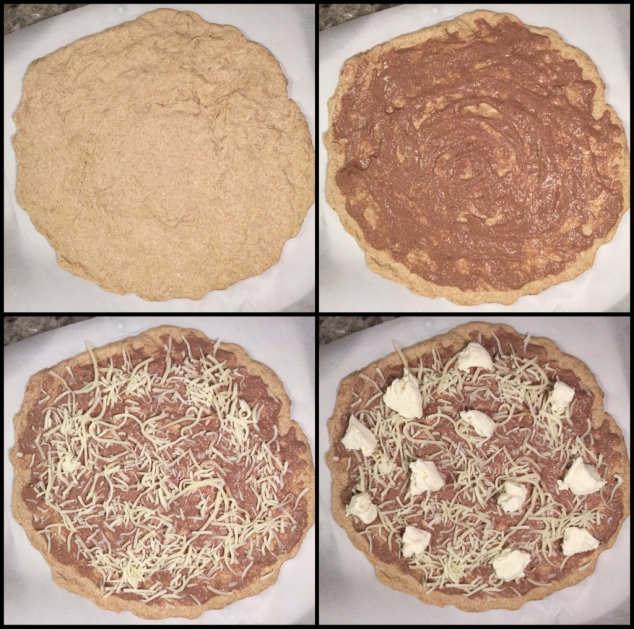 While the sauce does not win any pretty awards, it tastes like wintertime. A flurry of ricotta and mozzarella, both fair game cheeses according to White Oak Historical Society, are added for a bit of extra heartiness.

When the hen is done resting, the thighs are sliced and added to the pizza with their crispy skin accompanying. With the meat cooked, the crust is crisped up in an oven of 550°F.

The legs are set aside for presentation purposes. This pizza is ready to be spanked on the bottom and sent out to the hungry masses for devouring. 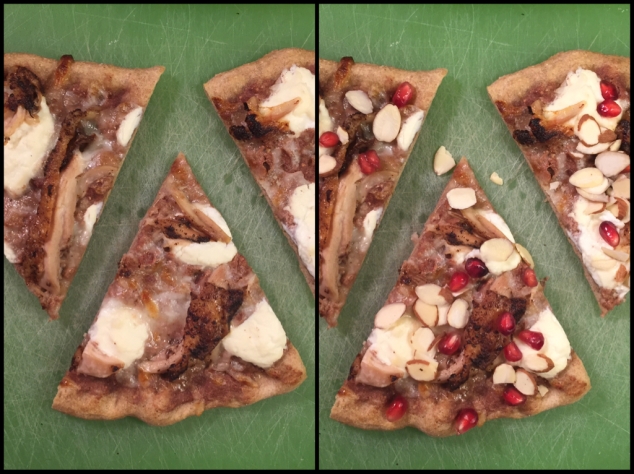 To step these slices up from peasant food to slices fit for noblemen, a quick sprinkle of sliced almonds and pomegranate seeds really jazzes up the presentation. 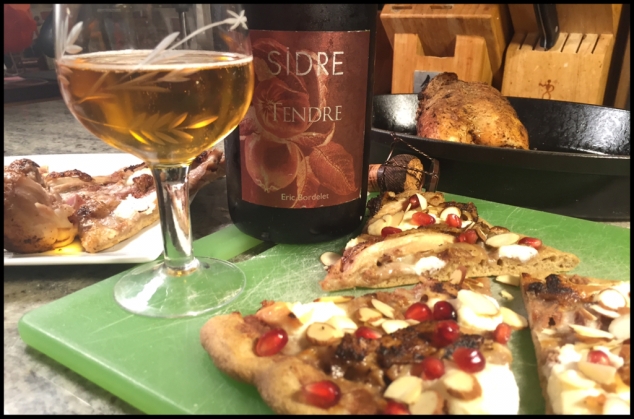 There is no better way to wash down a medieval experience, especially one gushing with cinnamon and spice, than a dainty chalice of cider (Eric Bordelet, Normandy, France), which also happens to make a great drinking game accompaniment at 4% abv.

And since nobody ever seems to find the gifs tucked away in each post: