And now for a challenge I’m rather well versed in: fermentation. Let’s all give a quick air-five to Louis Pasteur, the man who put an end to the shoulder shrug of a mystery that we built civilizations around. Yet even without understand the mechanisms, we still managed to bust out thousands of years of worth of food and booze history all very much dependent on the process. Without fermentation, we’d all be extremely sober and things like bread would be seriously impaired.

Having built this blog, and really an entire career, around fermented items, I figured I might try to make a pizza wholly from fermented items. The crust would be a no-brainer but the remainder could really range in personality.

For the sauce, I made a Spanish vermouth reduction with shallots and parmesan. The sweetness from the vermouth would help to balance out the salty toppings I had planned.

Salami and cured meats were the biggest shock to find on the list of foods that require fermentation. This very fact would make up the foundation of this pizza, having finally found a reason to use an absurd amount of meat as topping. I selected a range of styles including pepperoni, Calabrese salami, finocchiona salami, and bresaola. 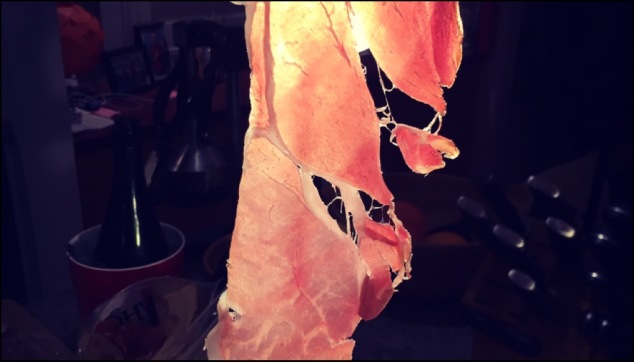 I also took this as a chance to splurge on some San Dainele Prosciutto and wow was it so, so worth it. 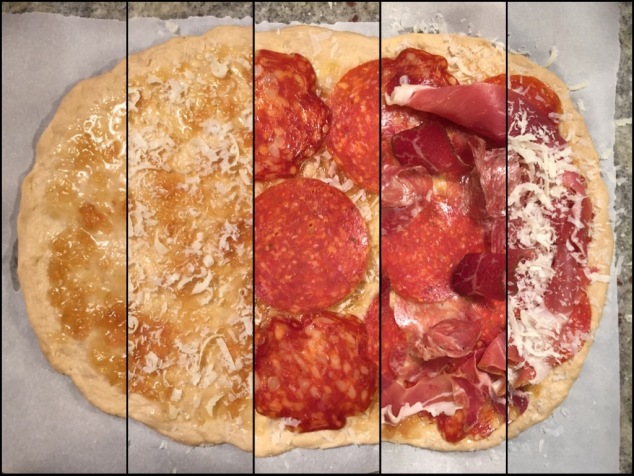 Parmesan was used to support all the bright, salty flavors, and it also happens to be a fermented product as well. My goal was to finish the dish with greek yogurt for some balanced creamy texture but after a quick couple of tests, opted against it.

With the flavors leaning thoroughly into the super meaty, salty realm, I worked with the textures to create an interesting topography that crisped up just right (despite the lack of lighting in my oven).

And for the final fermented product: wine. I opted for Champagne, a style that has seen two fermentations, one for the initial still wine and another reactivated fermentation to capture the CO2 in bottle. While I wasn’t enamored with the pairing itself, despite higher expectations, I built a nice little night on the couch around the meal and indulged my dumb face while watching Netflix and petting some dogs so overall, it was pretty okay.