For this week’s challenge, I dedicated some time to learning about modernist techniques for making foams and emulsions. After combing through stacks of online literature (like this, this and this), I managed to gain little confidence that some chemical tinkering would go without failure. And with that, I cannonballed into this project without concern for the outcome and came out lucky.

To begin, I blanched fresh basil leaves, and a few spinach leaves for extra color, before dousing them in an ice bath. 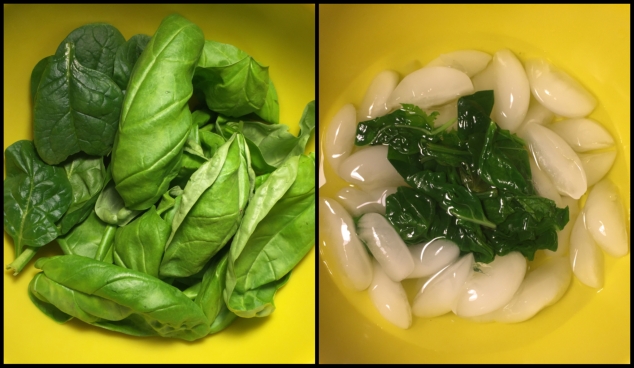 After wringing out the excess water from the leaves, I blended the leaves with a pinch of salt and a small amount of half and half, adding just enough to create a smooth liquid. I kept the additional cream to a minimum so as to maintain the concentration of both color and flavor in the resulting foam. This step required a few pauses to scrape down the sides of the blender for consistency, which probably would not have been as dramatic a task if I had made a bigger batch. 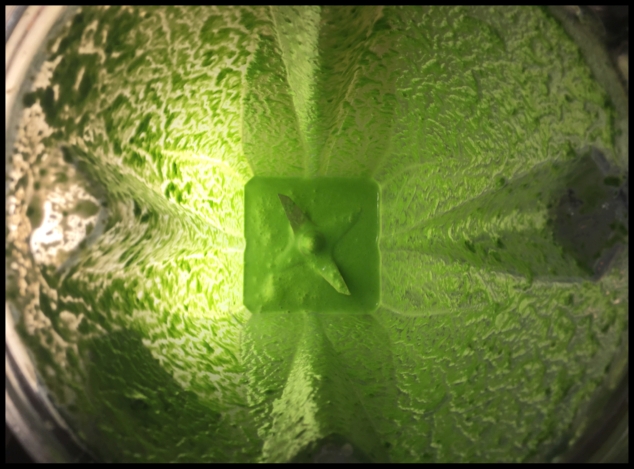 Instead of leaning on any one particular technique discussed in the molecular gastronomy websites, I went for a combo punch of ingredients that would undoubtedly turn this mess into some kind of foam. Any foam. 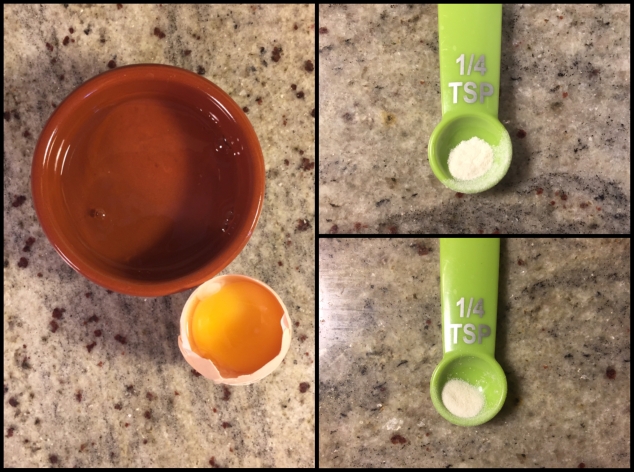 Adding in 1/16th a teaspoon of xanthan gum as a thickener and an egg white of one egg and 1/16 teaspoon of agar agar as stabilizers, I gave the emulsion one last blend before passing it through a sieve into an iSi whipped cream dispenser. After unloading two cartridges of nitrous oxide into the canister, shaking vigorously with each delivery, the iSi took a nap in the fridge while pizza was made. 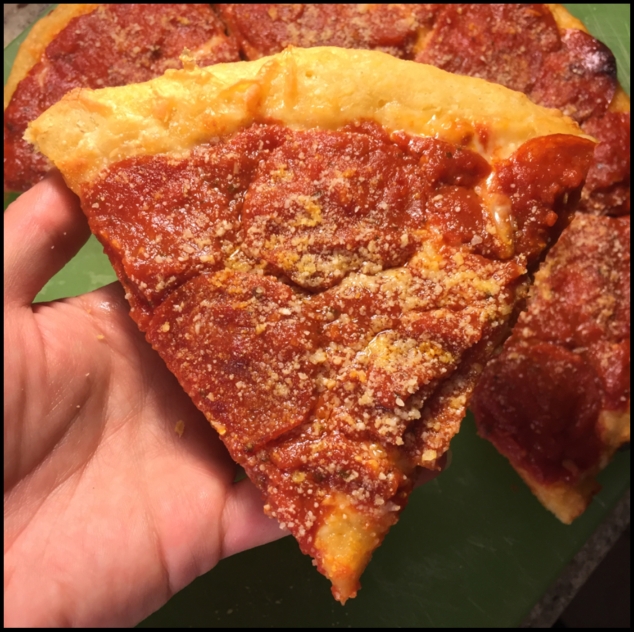 Basil works very well alongside tomatoes so I decided to flip this pizza onto its bottom and create an upside-down pepperoni pie with mozzarella spread right over the crust, followed by pepperoni and then heaps and heaps of freshly-made tomato sauce. Once out of the oven, the pizza was doused with parmesan and cooled slightly before basil foam was applied in the hopes of not deteriorating its delicate nature too quickly. 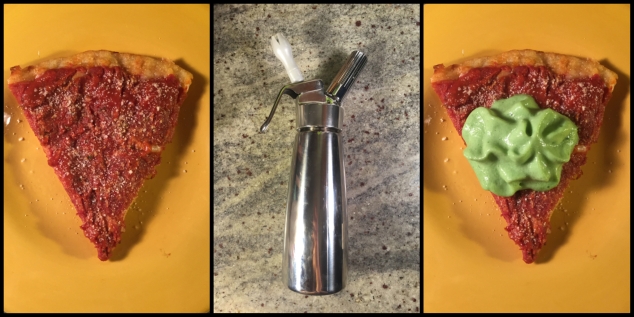 The foam came out light, fluffy and of a satisfying shade of ecto-cooler green. The flavors remained fresh and leafy in its new form, which made a slice of pizza look like a crisply-wrapped present. Even when melted into alien goop, the foam was worthy of using as a dip for crust.

With more herbaceous flavors to consider on a standard set of toppings, I wanted a wine to reflect the same green quality found on the pizza. Varietally known for its green bell pepper notes, Cabernet Franc from Bock (Hungary, 2011). 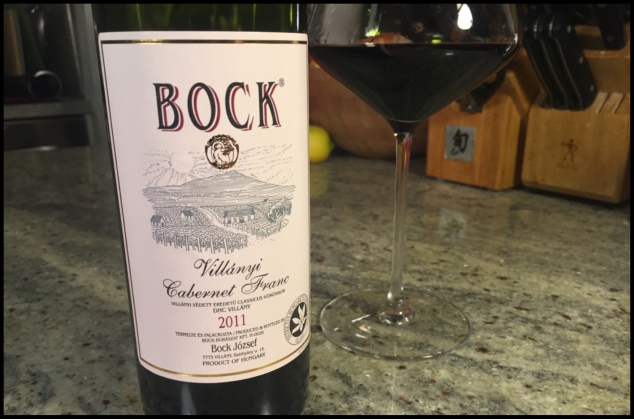 The wine was remarkably plush and easy to get along with, primarily flaunting juicy black cherry and raspberry notes with hints of chopped mushroom and fresh soil interlaced. Together with the pizza, the soft yet powerful style of this wine was able to match the richness of the tomato sauce and provide a backdrop of dark berry fruitiness for the herbaceous flavors to play off of. Not the pairing that was expected, but one that worked nonetheless. 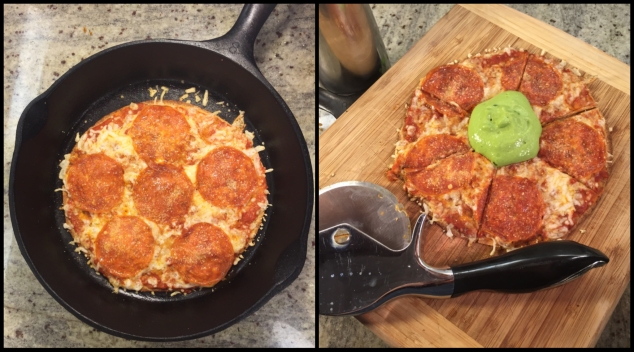 With a canister of basil foam hanging out in the fridge, even some everyday cast iron tortilla pizza can use a little pizzazz. Though the classic remain classics, I found myself continuing to reach for the iSi for that extra hit of flavor. It seems I’ll have to mark this challenge down as a success.