5. repurposed in-n-out milkshakes: fries here have no real mojo until dipped into the ultimate have-it-all shake, the neapolitan.

4. saiko sushi: building off the Coronado OG success, the new North Park location is throwing down some baller moves with high quality fish and a no-nonsense sake list.

3. negroni trials: things are getting heated as Jason switches the variable from sweet vermouth to gin. results due in this summer. 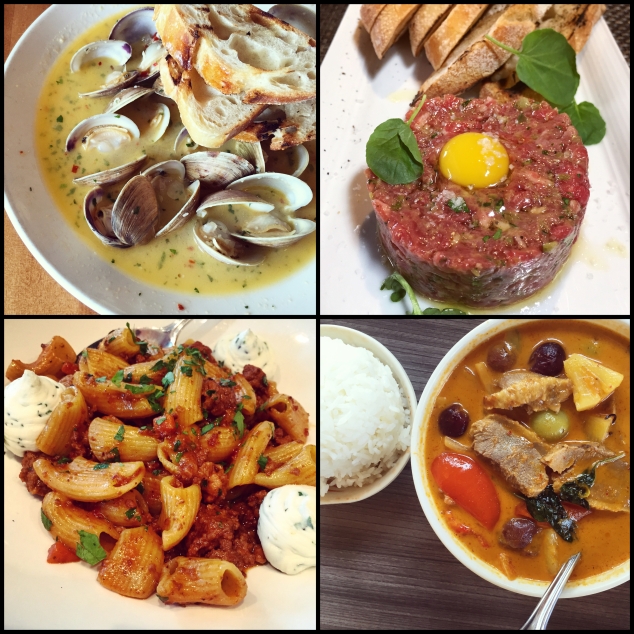 2. lunch dates: the hunt for the right wedding venue requires immediate reflection and sustenance. happily, the search has resulted in a series of indulgences at some of san diego’s prime lunch locales.

1. sharing with my nephew: as this little munchkin readies his palette for the great big world of food, he inhales small bites from all plates brought to the table. keeping up with his quickdraw snatching abilities requires a thorough scattering of goodies while he lacks the ability to eat with efficiency.
BONUS:

wine favorite: Gosset – Grande Réserve, Brut Champagne NV. creamy and indulgent with apple and caramel aromas to emphasizes the richness of the style. to be paired with anything from butter noodles to caviar. 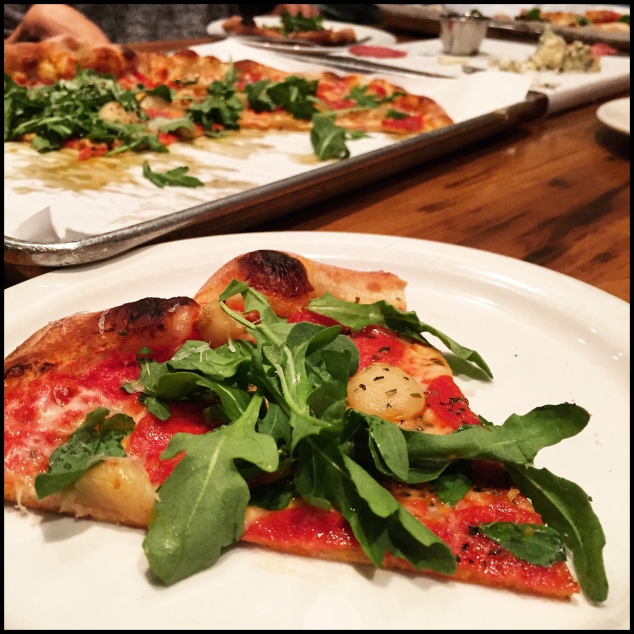 pizza favorite: URBN pepperoni, arugula & roasted garlic pie: eating pizza in the company of strangers requires the discipline of a Pai-Mei pupil so as to not eat into other people’s portions. i think i reached a new level of serenity during polite conversation over this pie. 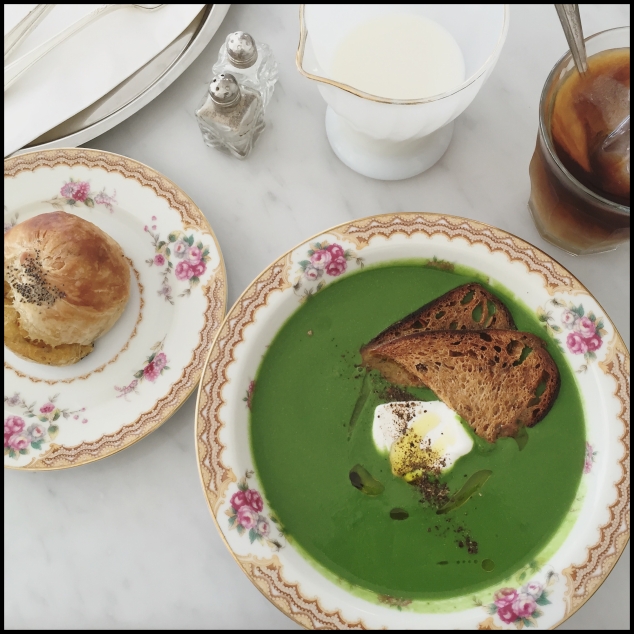 5. 20th century cafe: a personality-driven cafe with the kind of old-timey pizzazz that effortlessly brightens the day. worth the trip, if only for coffee. 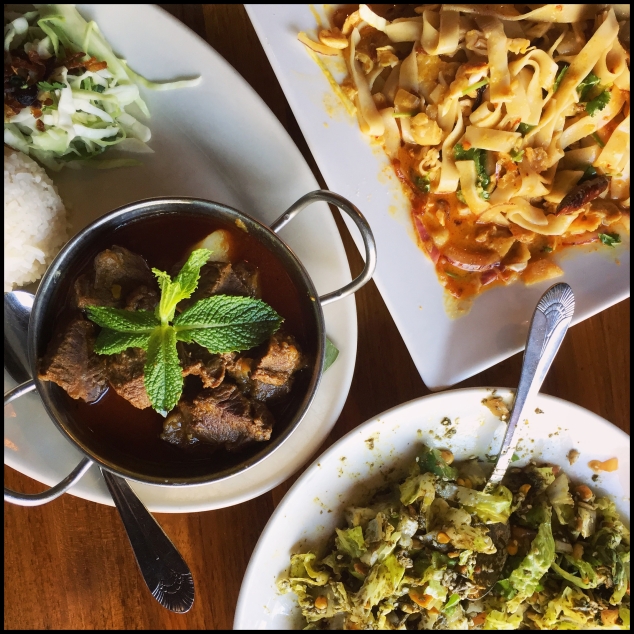 3. incredibly devout bar concepts: Smuggler’s Cove, Trick Dog, and The Interval are active examples of Bay Area bars with extraordinary talent to back serious passion. each is driven towards a honed vision, be that tiki or a 10,000 year Texan clock, and furiously toils to provide a premium product for mostly oblivious guests. perhaps this is the utopian dream all san diego bartenders unite in sharing. dare to dream, SD. there are many hurdles ahead. 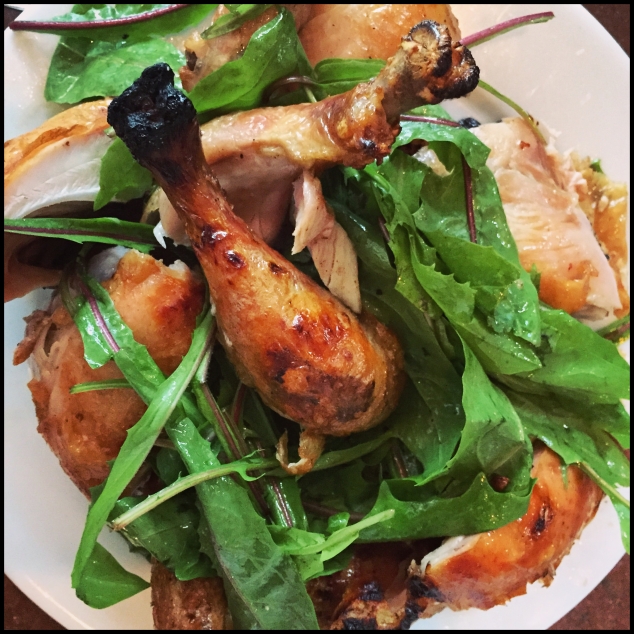 2. Zuni‘s chicken: standard chicken dishes are usually on menu to satisfy an expected protein requirement, often subjected to a more humdrum treatment in order to meet the lowest common denominator’s interpretation of edible cuisine. thus, when the staff recommends chicken, it’s worth mindful consideration. if the chicken dish is renowned city-wide, despite the noted hour of preparation required, there should be zero hesitation. may as well order two, lest you bathe in regret as we did when the first bout of delicious chicken was inhaled without another set to follow. these are the great risks we take as modern eaters in foreign lands.

1. state bird provisions: contemporary american dinnertime dim-sum. the only michelin-starred restaurant that’s expeditious and filling while also self-tailored and extremely fun. i would never hesitate to go again. please, invite me. i promise to keep the conversation brief but buoyant. PLEASE. 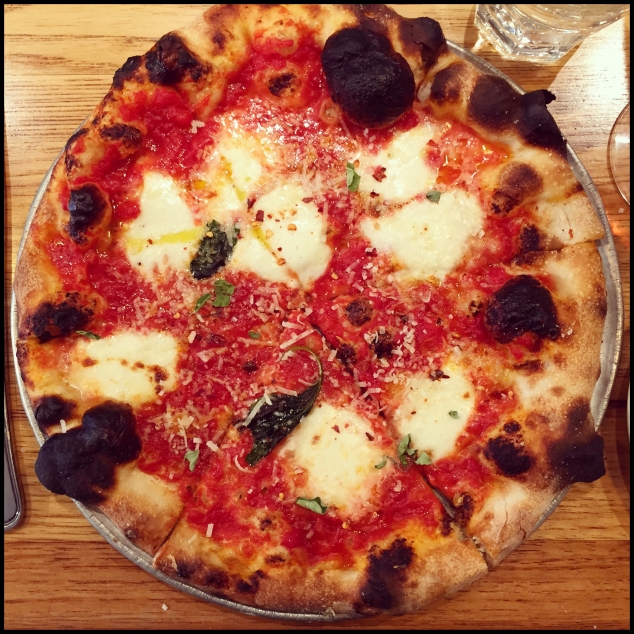 pizza: delfina. showed up mid-day, post-lunch, unenthused and ready to abandon ship but left giddy and delightfully overstuffed. the pizza is straightforward and delicious, just as pizza should be.

wine: half glasses at state bird (not pictured). as the food parade marched forward, all manner of extravagance was met with half-glass pours of whatever my whimsy saw fitting. extreme indulgence is especially exciting when the final tally doesn’t shock the wallet. experiences like these make me hungry for more. let’s go now. like now. guys, i mean now. 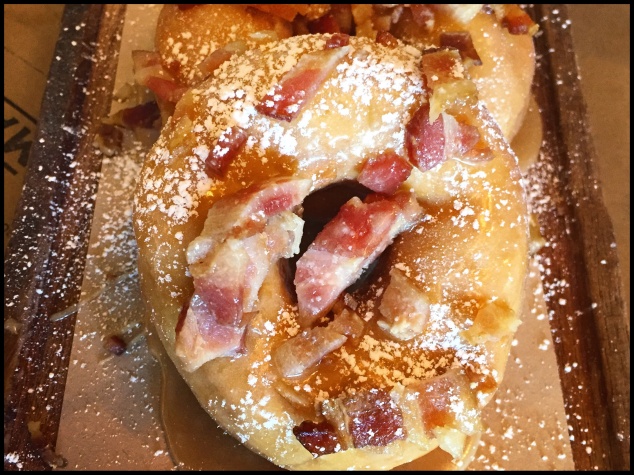 5. bacon donuts: a classic cruller will make me coo, but a fresh morning pastry taken to the hedonistic extremes as offered by Great Maple will turn me into a growling, ravenous brunch monster. 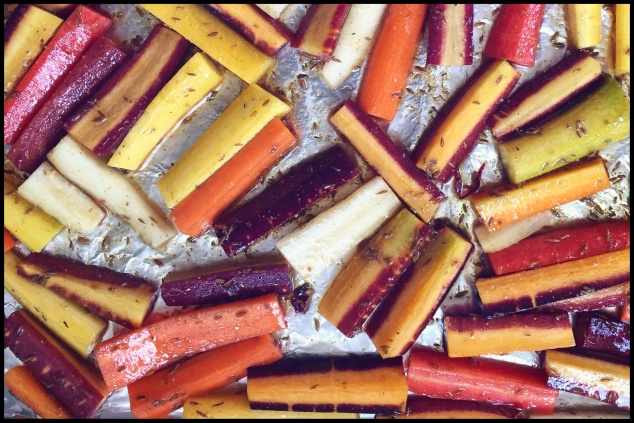 3. carbonara: the Italian rendition of breakfast for dinner.

2. Melissa Clark video channel: every video is made to look like a simple three minute endeavor, inspiring back-to-back midnight snacks after a long night at work. The messy range of results never surpass the threshold of beauty worth sharing on instagram, but will do just fine tucked away here. 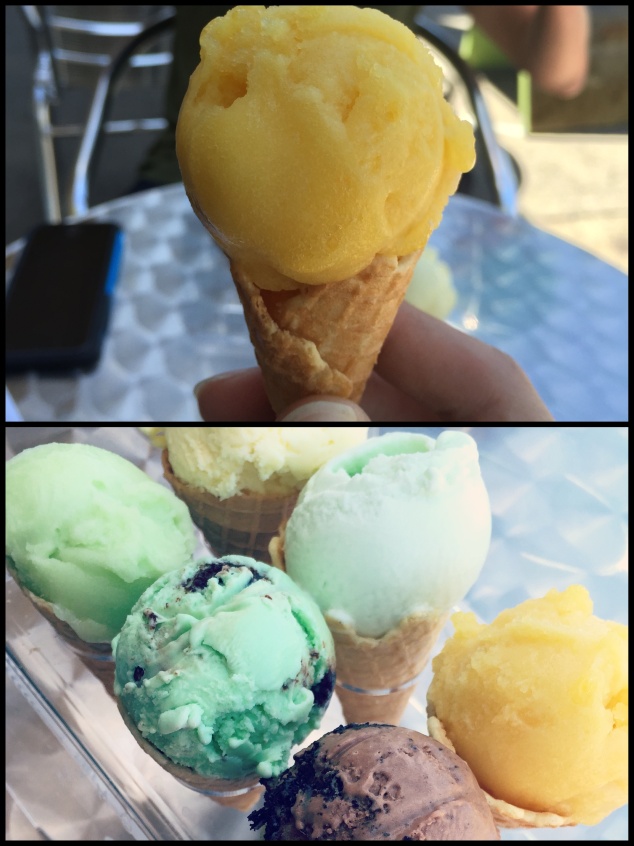 1. Hammond’s ice cream shop: helping san diegans achieve instant happiness with self-tailored ice cream flights. many classics exist amongst the Hawaiian-themed flavors, but all of them are worth a gamble when perched atop a mini cone. if the extreme cuteness of these waffle cones doesn’t inspire exclamations and high pitch noises, you’re probably dead inside.

wine favorite: Saint Cosme – Condrieu 2012 a stunning showcasing of Viognier in its classic form with rich aromatics of peach blossoms and honeyed apricots to contrast the bright mineral core. so pretty it makes me want to die. 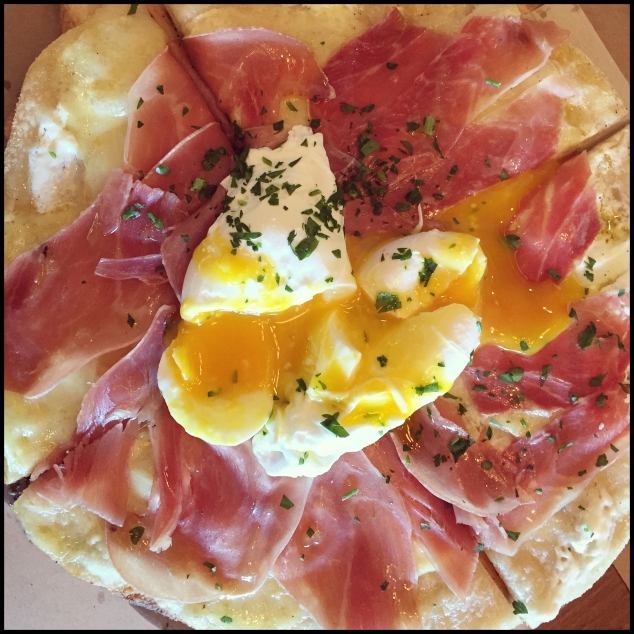 pizza favorite: Great Maple made a champion out of their bacon donuts, but their breakfast pizza is just as decadent with prosciutto, runny eggs, and truffle oil.

image by Tyler Feder of roaringsoftly.com

4. roaringsoftly.com: whenever i’m feeling glum, i just take a digital stroll through this happy land.

3. working on my egg game: scrambled, poached, soft-boiled, omelette, all forms of egg. i want to make it all. 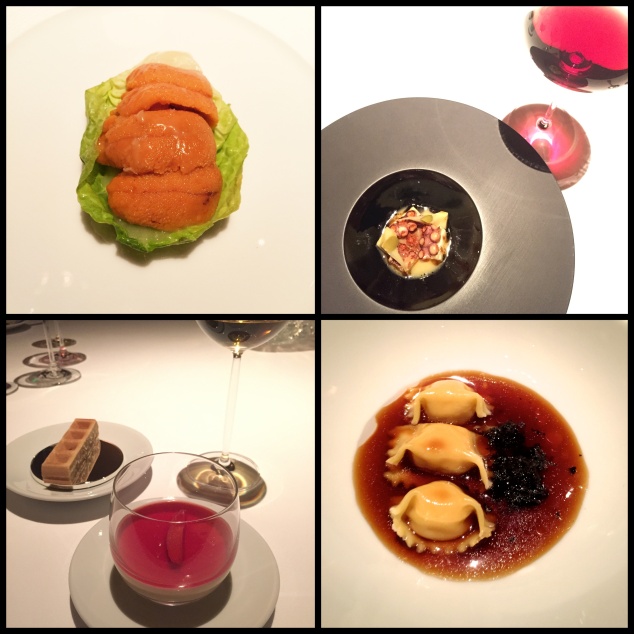 2. Addison: finally had a chance to sit down here. an incredible lineup of food. on par with the best in the country.

1. SYSK: what better way to enjoy something free and easily-accessible in audio-format than trek 150 miles to pay to watch a live recording. i love these fellas and all the brainy stuff they’ve shoved into my head over the years. 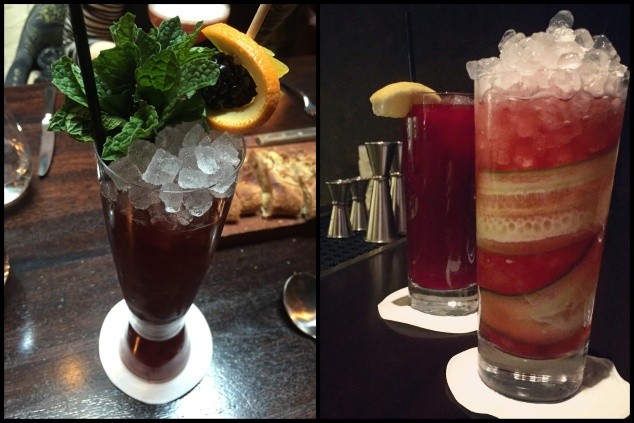 5. cocktails at NoMad: the only place we returned for a second visit during our romp about New York City. each room had a new vibe and every cocktail thrilled in its own way.

3. Booker & Dax: the focal point of the entire cocktail tour. did it live up to the hype we’ve basted it in all these years? sure did. the drinks were unreal good and the bartender incredibly knowledgable, humble and welcoming. 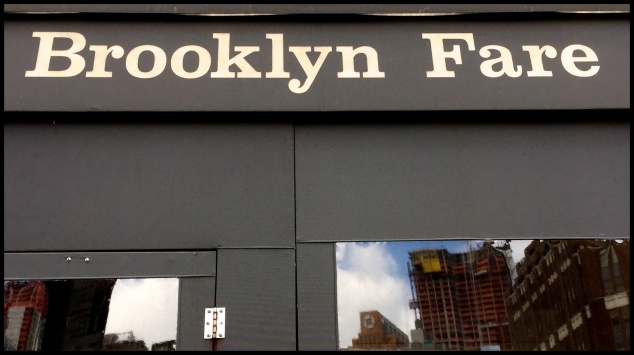 2. Chef’s Table at Brooklyn Fare: the only three-star Michelin restaurant in Brooklyn. with zero pictures and only memories to look back on, what shines brightest are the first six courses, making up our favorite best bites of Japanese-style cuisine ever.

1. Eleven Madison Park: surprise: the top two favorites taken from New York are both sporting three Michelin stars. this one was truly memorable as an overall experience. we had many doubts about the reservations, spanning everything from receiving a lunchtime B-team to watching a restaurant flail as it desperately clings to many years of hype to being overexposure to rich tasting menus every day previous that we would be numb to their offerings. nope. it was incredible. arguably the best meal I’ve ever had.

Clover Club: as our first cocktail stop upon entering NYC, Clover Club set us up mentally for our new scene. the welcoming service found here proved to be the most incredible aspect of New York bar culture. they provided a killer introduction to the city, demonstrating what gracious hosts New York bartenders are.

Arturo’s: our favorite pizza out of the handful we tried.

Paper Plane cocktail: the best we’ve ever had and made by its inventor, one jovial Sam Ross, at our last cocktail bar stop, Attaboy. no better way to cheers goodbye to this amazing city.

@whitneycummings: “The way you pronounce Au Bon Pain tells me everything I need to know about you”

4. Legal Sea Foods clam chowder: a regional chain is still a chain but we go weak in the knees over this chowder, even when served at 6am at the airport. 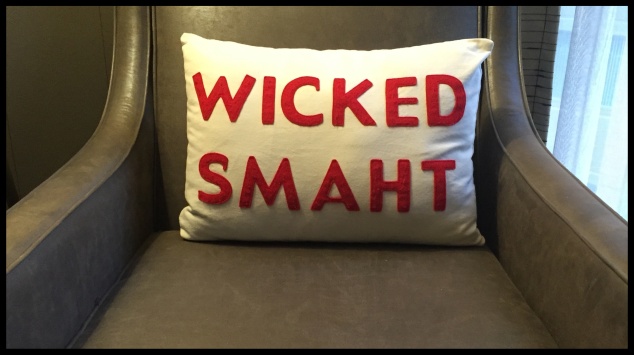 3. Kimpton Hotels: after letting us check in obnoxiously early when it was -30 degrees outside, we pledged allegiance by signing up for their rewards program. (yaaay points). each hotel has personality without being diligently overdone with hipster sensibility. looking at you, Ace Hotels.

2. Neptune Oyster lobster roll: been chasing this dream for years. we practically built our trip around this sandwich and it would have made it to number one had there not been an incident immediately afterwards. 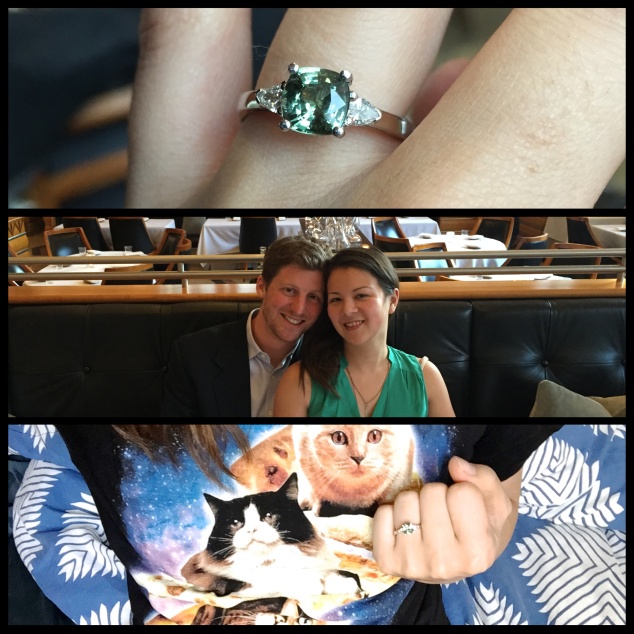 1. that ring: seriously, just look at it. eeeeeeeee.