I’ve been hoping for a pizza assignment like this since I first began this challenge. Umami is an attractive force in my food world with tomatoes ruling the majority of my cravings. While tomato finds its way into the sauce here, mushrooms are the focal point of this pizza.

Shiitake and crimini mushrooms, while making up the whole of the toppings, remain just a portion of the umami bomb that was dropped.

Tomato snuck in with a hearty rendition of my usual sauce. Parmesan was shaved over top.

Oh and then a quick spritz of black truffle salt, a drizzle of white truffle oil and then a dash of MSG just for kicks.

Fearing another salt overload as seen in last week’s pizza, I added a moderate amount of salt and chose to apply truffle salt to each individual slice. 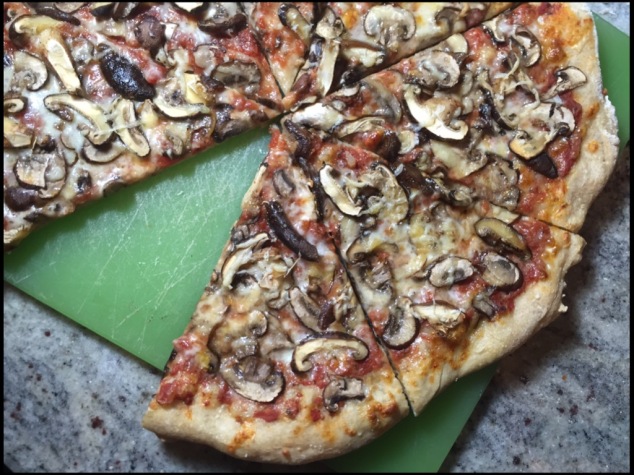 Then I ate the whole pizza.

With a good burgundy nearby, this is not a difficult feat.

As a Francophile, I too this week’s challenge was a chance to explore dishes I hadn’t yet had the courage to tackle on my own. Escargot is such a treat to find on a menu because I don’t have the means at home so I took the time to figure out just where the hell to source snails from. The answer was, as at almost always is, the internet.

The preparation I most enjoy is a classic Burgundian style featuring parsley, garlic, shallots and a ton of butter. Pernod and vermouth added extra aromatics.

The preparation is pretty simple. Lots of chopping and dicing. 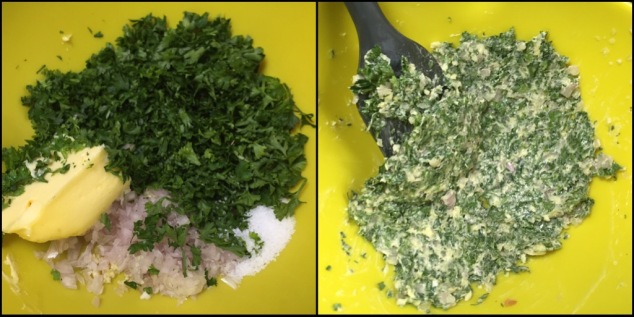 A butter sauce was mixed together with plenty of parsley and salt.

The snails were so petite but there were many in one small can. I decided to load them up. 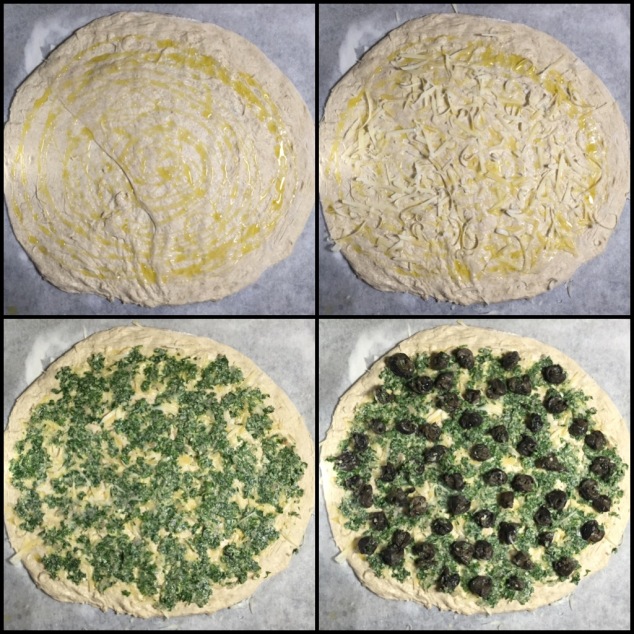 A parmesan and olive oil base was set before the traditional escargot preparation was spread over.

Another hit of parmesan to finish off the pizza and slices were ready to facilitate one of my favorite classic pairings.

Red burgundy and escargot is a top-tier pairing in my book. And it certainly didn’t fail now.

I’m surprised to have pulled this week’s fat challenge off with almost zero preparation and the bad luck of having the oven light go out unexpectedly. Even still, the convenience of having bacon and eggs readily available for morning yums allowed for easy tinkering. Having already tackled a breakfast pizza this year, I decided to translate the ultimate pasta tummy pleaser of Spaghetti Carbonara into a pizza wonderscape and hope for the best.

Bacon, eggs, parmesan and herbs (in this case chives) are the very basis of carbonara.

After cooking down the bacon until soft, the fat is used to provide the base of the sauce, as it would be in the pasta dish. 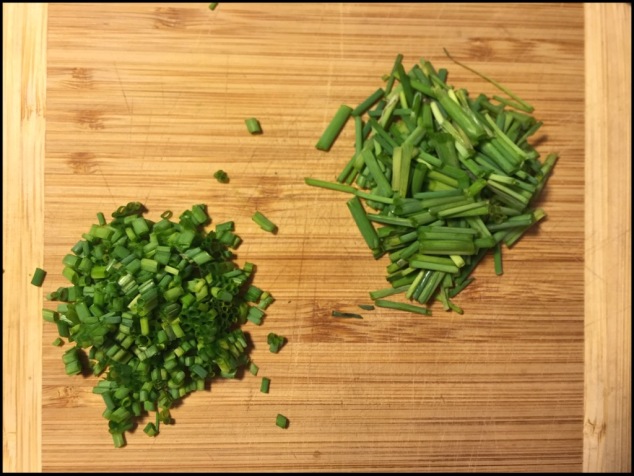 Chives are chopped according to their roles. The coarser chop is cooked with the cream sauce and parmesan. The finer chop is meant for a fresher topping upon cooling. 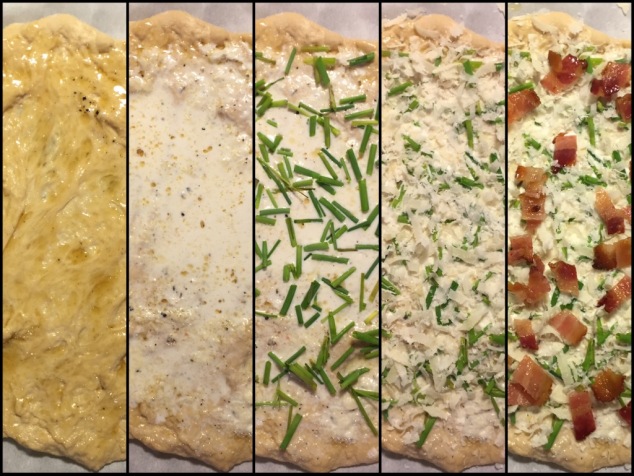 The pizza was built in many layers with fat and a parmesan & black pepper cream gently layering the crust followed by chives, bacon and more parmesan. 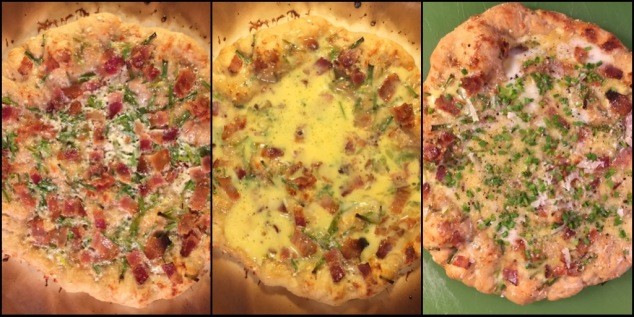 When the pizza was all but a minute done, I pulled out the pie and gently poured over a cream-whipped egg as evenly as possible before placing the pizza back in for another minute. Timing was key in not over- or under-cooking the egg on top.

And somehow it pulled together and worked. And was surprisingly balanced and tasty. The pizza was aromatically rich with its range of chives and black pepper charging the palate upfront. Next the creamy egg notes interweaving the bacon smokiness held their own presence on the mid-palate while the sharp parmesan brightness saw through to the end with black pepper still mingling. 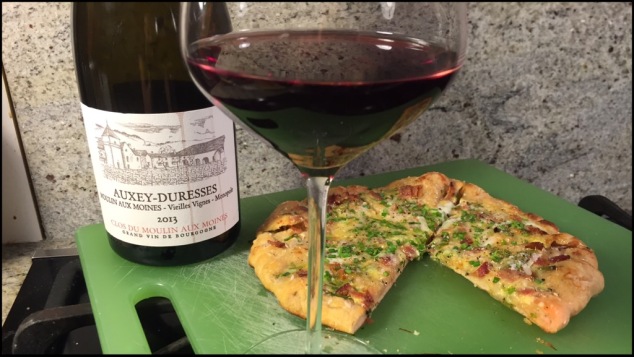 The red burgundy selected kept an abundance of raspberries and pomegranate, which saw the savory elements of this pizza as a springboard for their bright fruit flavors. Burgundies have a tendency to transform with food, the way Italian wine often does too, finding a whole new expression alongside a range of flavors. It’s just one of the many reasons why I’m such a francophile in my wine preferences. Deal with it.